Marking the end of an era, New York City on Monday removed the last of its storied payphone booths, which have fallen victim to the ubiquity of free Wi-fi and cell phones in recent years.

But Superman fans can take comfort in the fact that Manhattan will keep four of the defunct booths, made famous as the impromptu changing rooms for journalist Clark Kent as he transformed into the Man of Steel.

Over the decades, the phone booths have featured widely in pop culture, from comic books to Hollywood blockbusters and TV shows.

That ended Monday morning, when, in front of assembled media, Manhattan borough president — the equivalent of the mayor — Mark Levine had the last booth housing two Bell System payphones at the corner of 7th Avenue and 50th Street dismantled and lifted on to a flatbed truck.

Levine said on Twitter he was ‘on hand today to say ”Bye Bye” one last time to the famed [infamous?] NYC pay phone.’

‘I won’t miss all the dead dial tones but gotta say I felt a twinge of nostalgia seeing it go,’ he added.

New York City removed the last of its iconic payphone booths, which was located at the corner of 7th Avenue and 50th Street, victims of the cell phone and free hotspots the city is providing 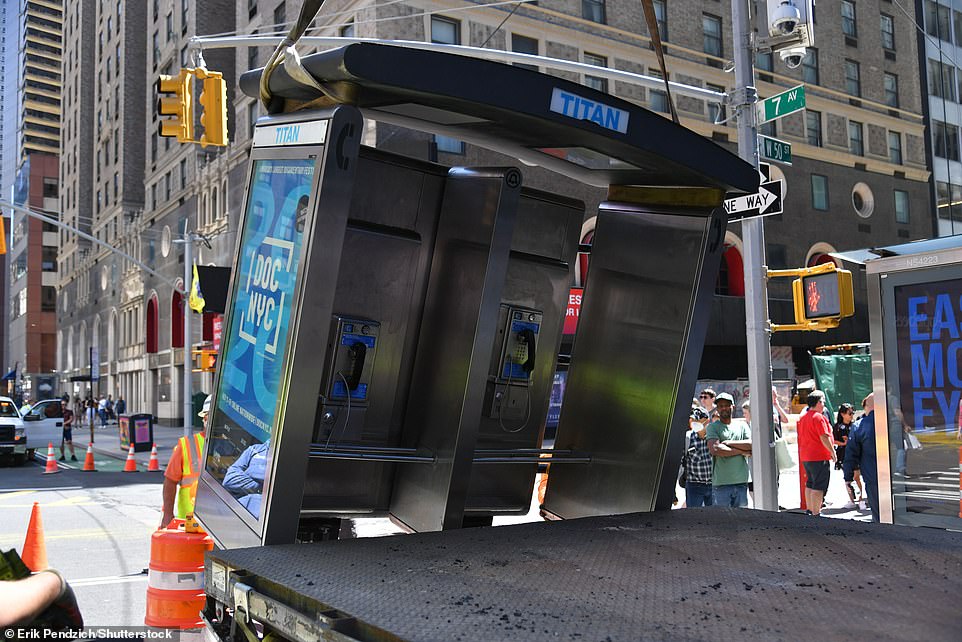 The phone booths in New York were popularized as Superman’s changing room, but locals also often found them frustrating, as they frequently did not work and afforded little privacy 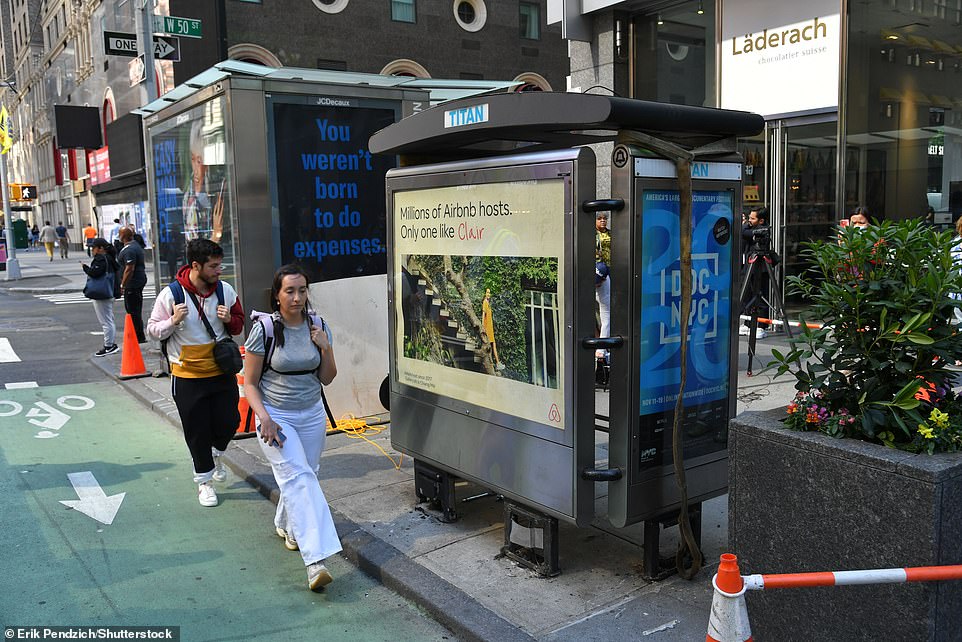 Almost all 8,000 public telephones across the Big Apple have been gradually removed over the past several years 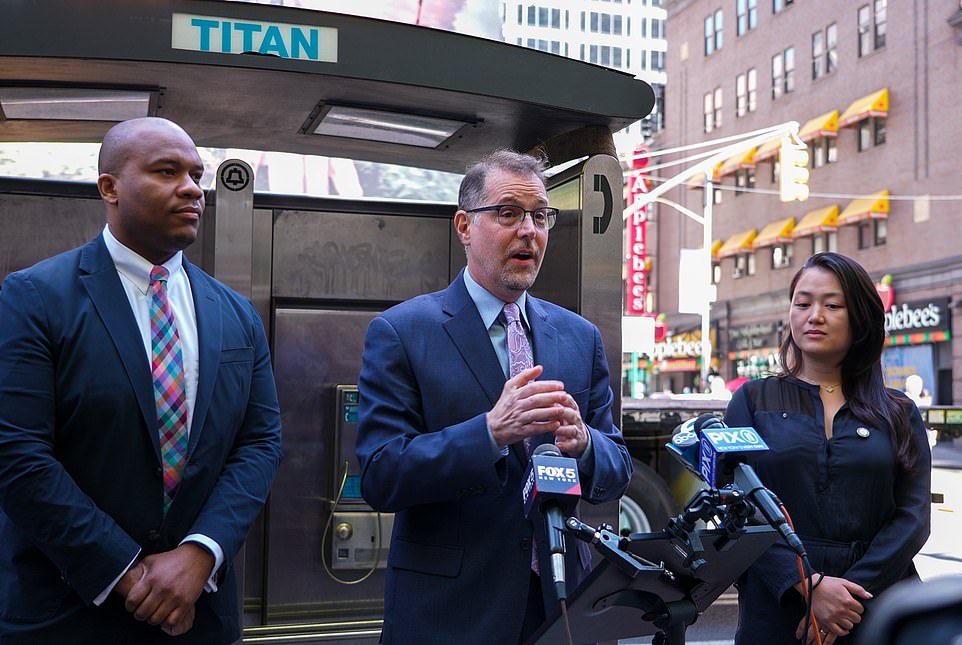 The phone booth was one of the last of its kind as nearly all 8,000 public telephones across the city have been gradually removed over the past several years.

Fixed-line payphones began disappearing from the streets of New York in the early 2000s as cell phone use spread, and then vanished even faster in the 2010s with the explosion of smartphones.

The final blow came when, in 2015, then-mayor Bill De Blasio went ahead with the installation of thousands of LinkNYC hotspots offering WiFi and free local calls around the city, expected to be completed by 2025.

Those new kiosks are to be gradually connected to the emerging 5G network. They will come with an app to download, which will connect users to social services and provide them free phone-call features and interactive maps. A UBS charging station is also expected at each kiosk. 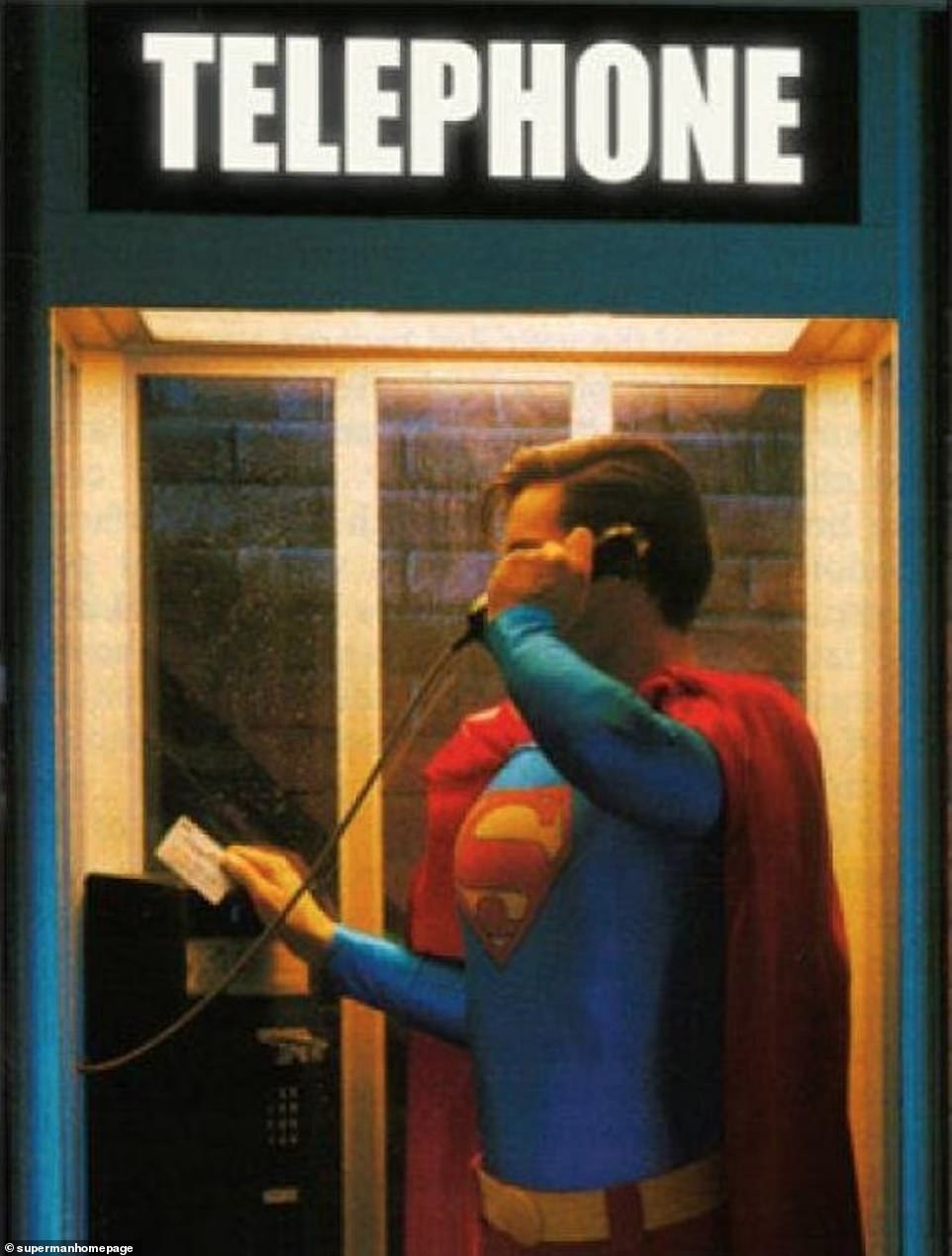 WHERE WILL SUPERMAN CHANGE NOW?: Phone booths in New York were popularly referred to as changing rooms for journalist Clark Kent as he transformed into the Man of Steel 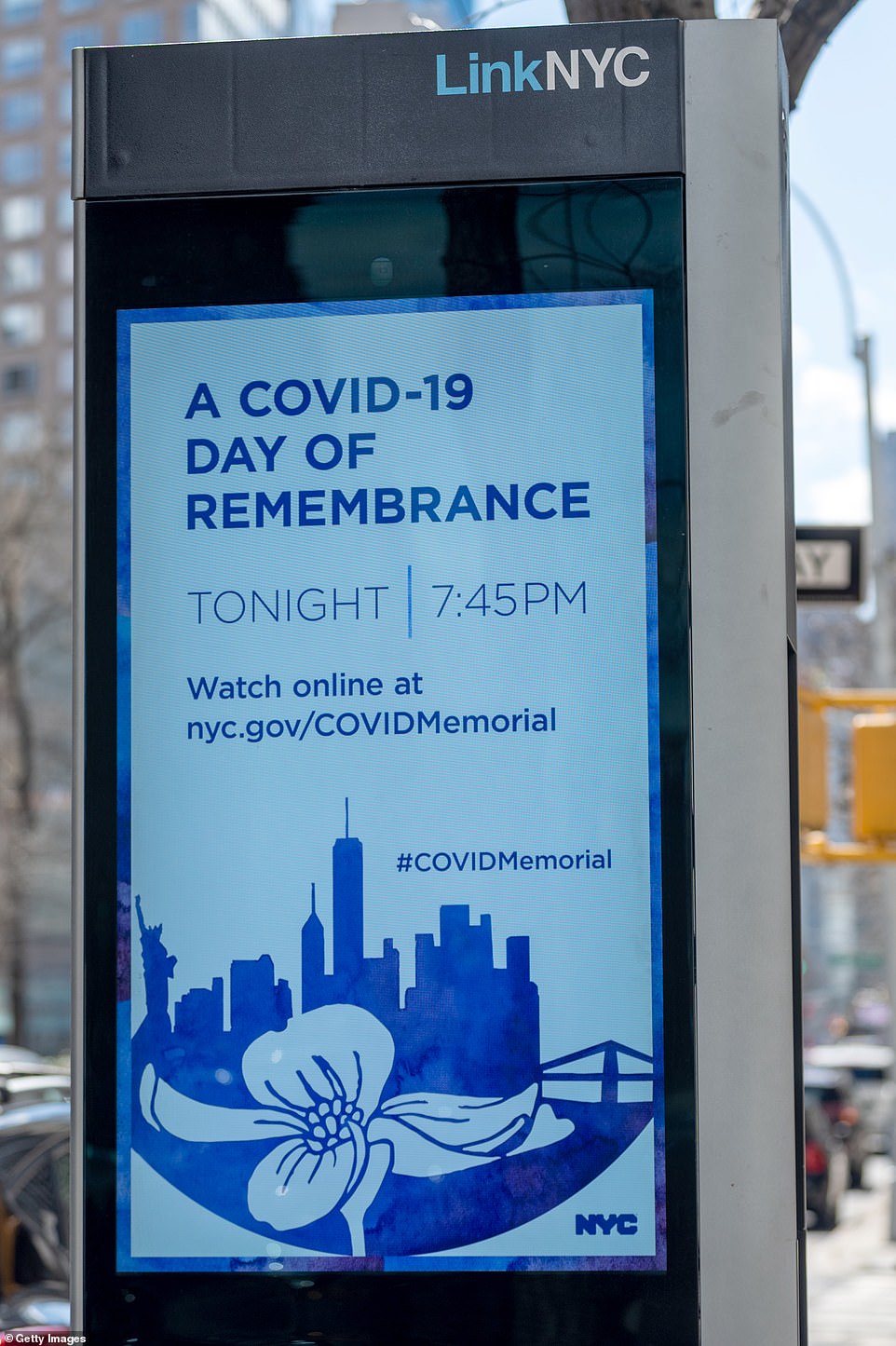 A LinkNYC digital screen, often seen in the streets of the Big Apple. Then-mayor Bill De Blasio launched a digital project in 2015 to have more internet hotspots throughout the city. Users can charge their phone, connect to Wi-Fi, make free phone calls, look up interactive maps of the city and commute times 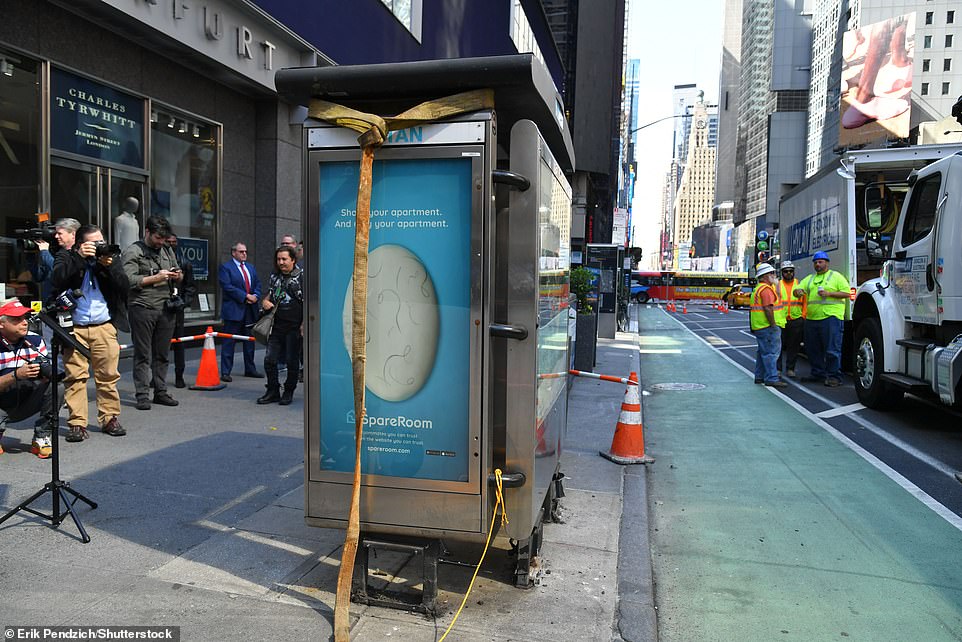 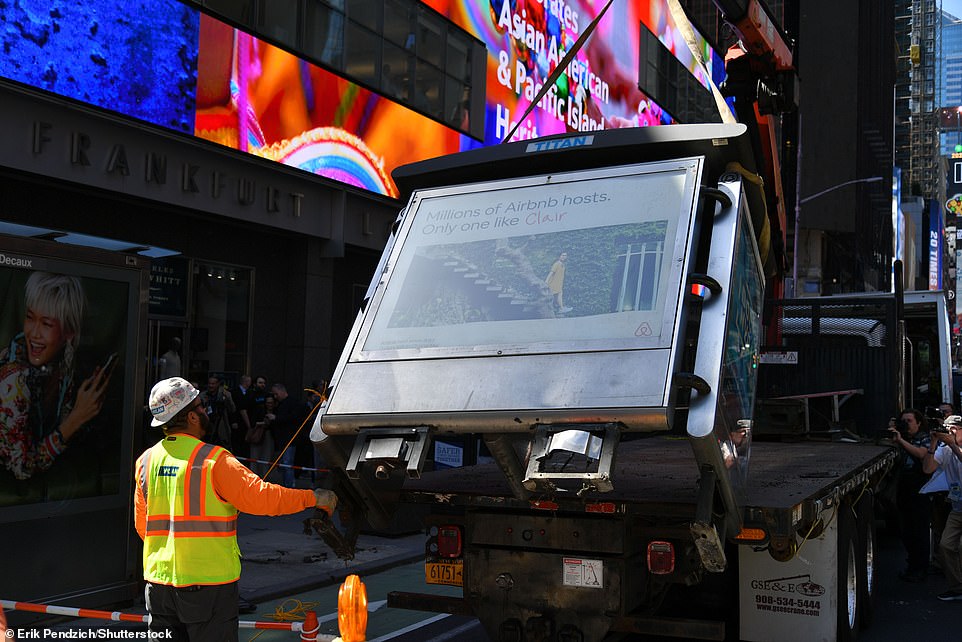 The last phone booth in the Big Apple, built by TITAN, will now be part of an exhibition called ‘Analog City’ at the Museum of the City of New York 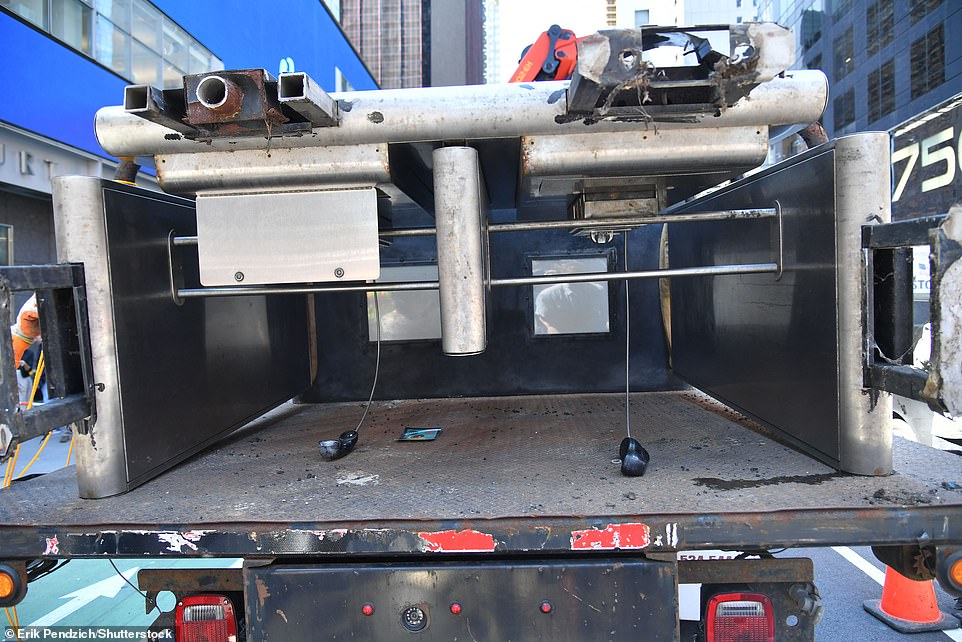 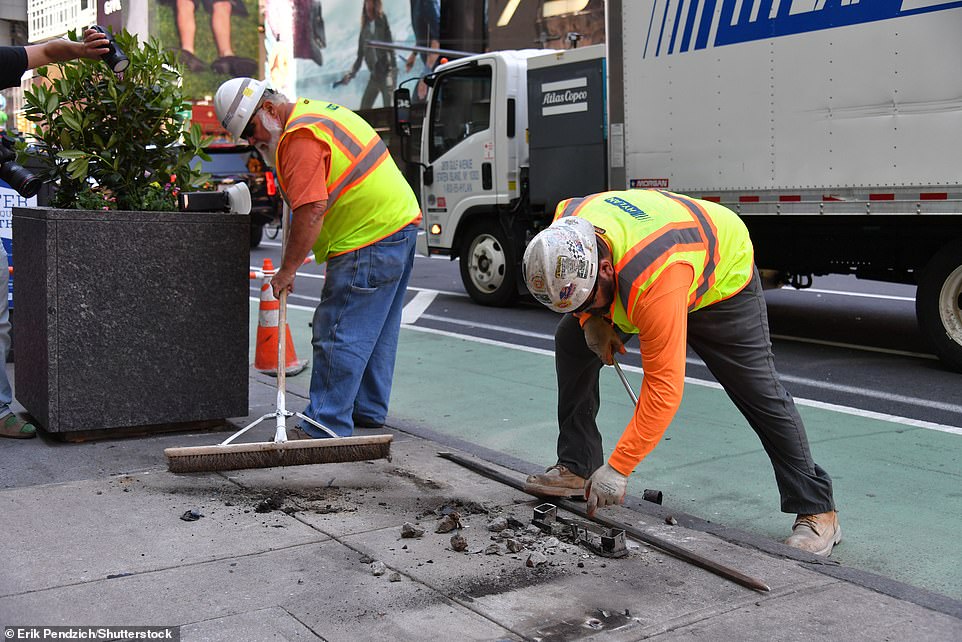 However, the digital revolution hasn’t been met without any backlash from users. The CityBridge consortium, team behind LinkNYC, did not allow web browsing when the rollout initially took place due to reports of inappropriate use and privacy concerns.

‘Truly the end of an era but also, hopefully, the start of a new one with more equity in technology access,’ said Levine, referring to neighborhoods in northern Manhattan, such as Harlem, that are less well covered by telephone and internet networks .

The revenue generated by the high-tech project has also not been meeting its initial projections, slowing down the revolution, Bloomberg reported. 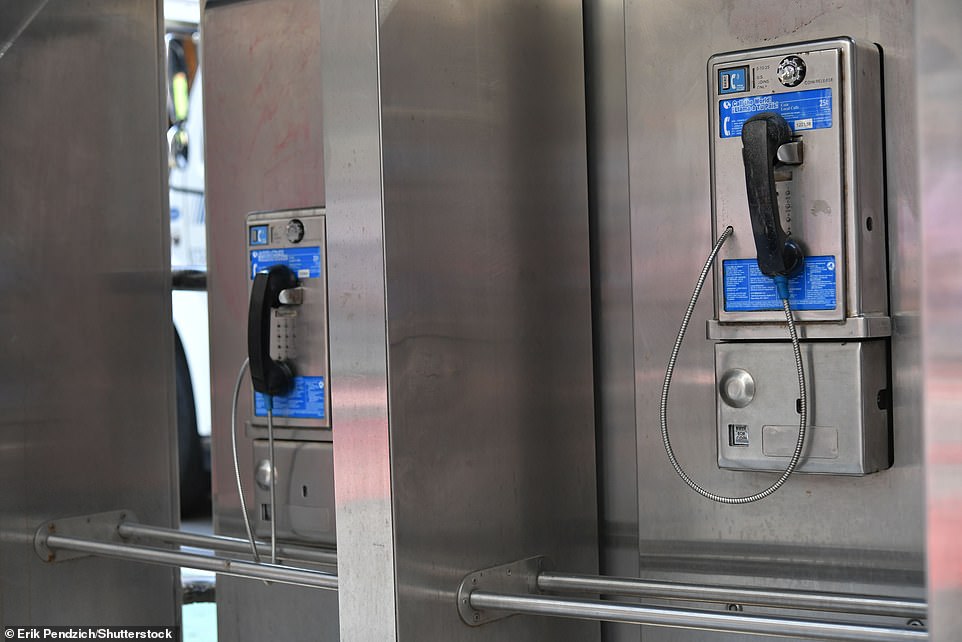 Phone booths have often been depicted in pop culture, from comic books to Hollywood blockbusters and TV shows 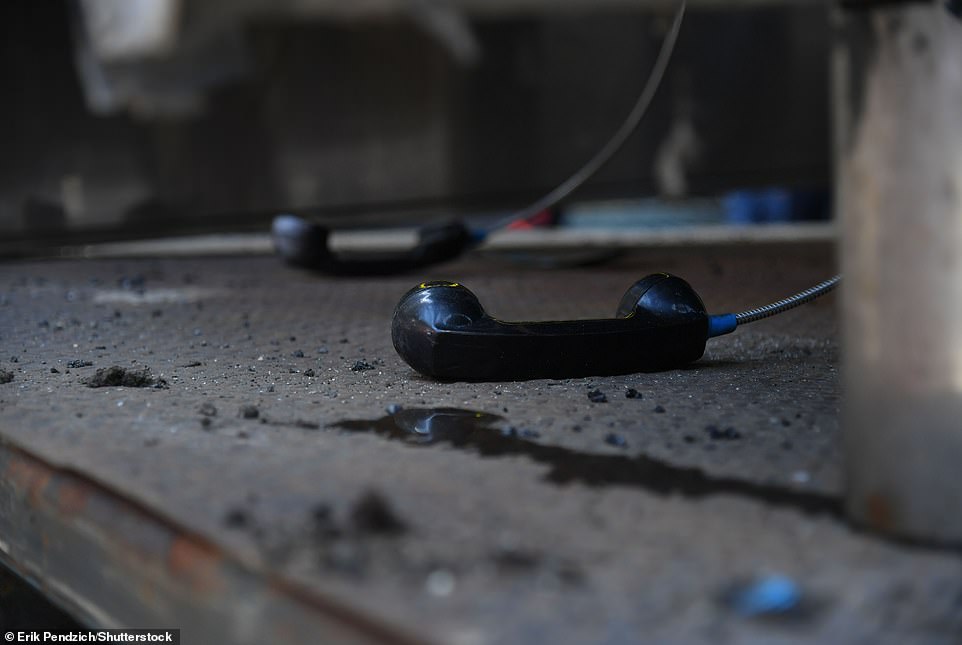 LinkNYC, which is often seen as a board displaying local weather conditions and commute times on the Big Apple’s streets, says they’ve been able to create more than three billion Wi-Fi sessions and have more than 10 million subscribers.

According to local media, Manhattan will keep four of the old-fashioned phone booths on the Upper West Side, on West End Avenue at 66th, 90th, 100th and 101st streets.

The pay phone will also be put on display at the Museum of the City of New York exhibition, called ‘Analog City’, which was first shown to the public last Friday.