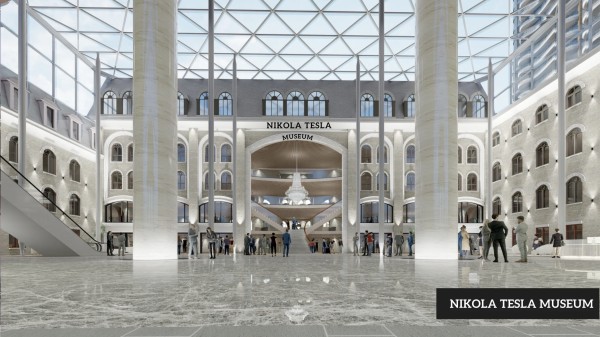 Niagara Falls, Canada, US – May 23, 2022 – Three Bridges Properties (group) Corp., a Canadian real estate development company, the owner of the last development site offering a direct water view of Niagara Falls, has revealed its intention to contribute its cultural-tourism project for Nikola Tesla. Their intention is to work with an international energy player to help the project that offers a spectacular picturesque view of the world’s natural wonder, the most energy-sustainable building.

According to the company’s senior officials, the mega mix-used complex will consist of a hotel, shopping mall, museum, theme park, dining facilities, wellness center, colleges and condo residences, to name a few In line with this. Zhang revealed that this project will include the development of what they are planning to build the world’s largest Nikola Tesla museum, a fitting tribute to the inventor’s pioneer in sustainable energy, and the invention of the Niagara hydroelectric power station. The company is looking to work closely with an international energy player, to help make the project the most Energy-Efficient building in the world as the way to “Revive Nikola’s forgotten legacy in Niagara Falls”. Hanson along with the Limitless Global Media team has shown their proposal (TeslaNiagarafalls.com) to the Musk family during TED Talk Vancouver Canada last month. 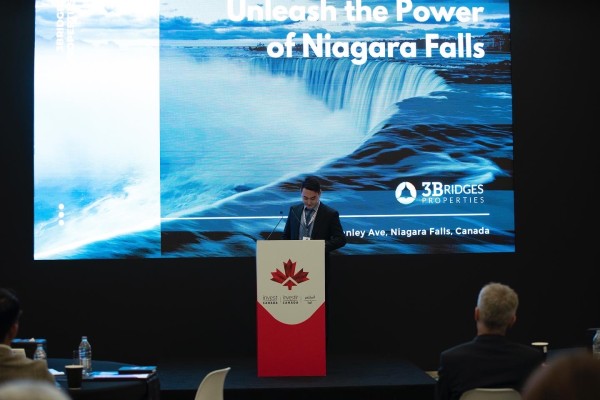 The $2 Billion Canadian project, which is located across from the Niagara Falls Convention Centre, on a site that’s most likely to be the last piece that can offer a key view of Niagara Falls, measures 7.5 acres and offers an approved buildable space of 2.2 million square feet. Once complete, the Great Falls project is expected to benefit from the cash flow monetization of Ontario city of Niagara Falls’ annual tourist traffic of 13 million, with the potential to even increase that number.

Three Bridges group was part of the official Canadian delegation to Dubai Expo 2020 in March, led by the Governor-General of Canada, Her Excellency (HE) Mary Simon, Minister of Economic Development, Mary Ng. The delegation celebrated Canada day (March 19, 2022) at the expo. During this time, Hanson Zhang Chief Marketing Officer made a presentation at an exclusive investor conference organized by Invest In Canada.

Hanson added “We have long since admired the world-class vision, operational efficiency of UAE development firms–being a witness to how UAE’s economy has made a significant turn for the better since the completion of the Burj Khalifa, the tallest tower in the world . We believe that this success story can be replicated in Canada.”

“Like the success enjoyed by the Burj Khalifa in Dubai and the Marina Bay Sands of Singapore, let’s make Tesla Niagara happen for Canada, also Nikola Tesla fans from all over the world. This project can take the canadian tourism industry and tourism economy to a level that’s hard to imagine,” concluded Zhang.