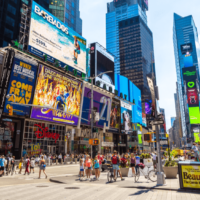 Nearly five years after his arrest, the trial has begun for the man who drove through crowds of tourists in Times Square killing one woman and injuring 22 other people. Richard Rojas, a 31-year-old US Navy veteran, was arrested in 2017 after he barreled his Honda Accord down a sidewalk along Seventh Avenue between West 42nd Street and West 45th Street before crashing into protective barriers on May 18, 2017.

Rojas was indicted by a grand jury and charged with 29 counts including murder for “depraved indifference” for the death of Alyssa Elsman, an 18-year-old who was on a family trip when she was killed. Other charges included numerous counts of felony assault for recklessly causing physical injury and injury through risk of death, including for the injury of Elsman’s 13-year-old sister Ava.

Prosecutors with the Manhattan District Attorney’s Office noted in the indictment that Rojas’ defense team does not dispute the facts of the case and intends “to offer a psychiatric defense.” According to a criminal complaint, Rojas allegedly told police that he had smoked marijuana laced with PCP. PCP, also known as angel dust, has hallucinogenic effects that can cause users to become delusional and paranoid, resembling symptoms associated with schizophrenia.

Rojas allegedly told a traffic enforcement officer after the incident: “I wanted to kill them” and also reported he was hearing voices and experiencing hallucinations. In addition, just days before the Times Square rampage, Rojas was arrested after he threatened a man who had gone to his apartment to help him notarize documents with a knife and accused him of trying to steal his identity. He was also arrested twice previously for driving while intoxicated.